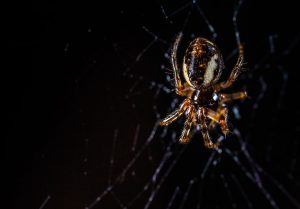 Insect populations have been steadily declining and it’s not just bees, although the decline in bee numbers has been well documented.

A recent global study found that in Germany there’s been an 82 per cent decline in midsummer invertebrate populations across 63 nature reserves between the years of 1990 and 2017.

Similar insect declines have been discovered in The UK, Puerto Rico’s rainforest, The USA and even here in Australia.

In NSW there’s been a dramatic decline in bogong moth populations which in turn has resulted in a starving population of pygmy possums who feed on these bugs.

A study by The University of Sydney’s Institute of Agriculture predicts a 40 per cent decline in insect species within a century.

It’s crucial that we do not kill our insects to protect the environment and the delicate eco-system which insects form an integral part of. Insect screens are the best way to keep insects out of your home without killing them.

See more about what has been dubbed ‘bugalypse’ at https://www.smh.com.au/environment/conservation/why-are-insects-dying-in-such-numbers-20190319-p515hb.html